Surviving and thriving in the Turkish work culture (3) 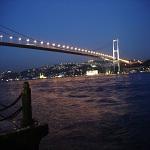 Surviving and thriving in the Turkish work culture (3)

In the previous two articles we have been exploring the challenges expats face when living in a different culture and having to speak another language. I imagine if I were to ask Today’s Zaman readers which one they’d prefer to be — survivors or thrivers — the majority would reply the latter.

Martha Hooper, an American businesswoman who ran her own public relations and marketing agency in Chicago and Washington, D.C., for 10 years that focused on national trade associations and financial institutions has spent the past two decades in Central Asia and Turkey. Let’s look at some further insights and advice from Hooper. In an interview with Hooper I asked her some questions dealing with the following points:

•    More tips on surviving in the Turkish workplace

What are some aspects of the Turkish culture that expats should be aware of?

Family, education and history play key roles in shaping all cultures, it seems to me. Turkey is no exception. One glance at a loving Turkish parent chasing a small child with a spoonful of food in a Turkish restaurant says it all. The extreme coddling of infants and children in Turkish society sets the tone of feeling special and expecting others to do for you (what you can do for yourself).

While it has been changing in recent years, traditionally the education system in Turkey has been based on memorizing facts and figures but is wanting in the development of critical thinking. Innovation therefore, is not what it should be in Turkey, where people actually are enthusiastic and bright, but have not experienced the process of idea development.

The rich history of Turkey, situated between two continents and only rather recently breaking away from the world’s greatest empire ever, make it an enigma. It is very difficult for foreigners to grasp the deep cultural melancholy for this era gone by, which likely will never be again, and turn to the future. I believe that the lovely and gentle, soft veneer that seems to surround Turks comes from this history. The downside of the soft veneer is a highly sensitive side that makes Turks more emotional in the workplace than one would typically find in other geographies.

How does one learn to “survive” in the Turkish work culture?

When I offer workshops on this subject, the approach that I use is based on Maslow’s hierarchy of needs. By focusing first on the most primitive needs that all humans possess — physiological — foreigners can easily understand the similarities and differences they experience in this area. For example, Turks prefer much warmer temperatures in closed areas than Europeans or Americans. They also dislike drafts from the wind or breeze in cars and rooms. There is a cultural belief that cool temperatures and drafts can cause bodily harm or even cause disease. What to do? Dress in layers so you don’t swelter in a sauna-like meeting room, don’t roll down the windows in public vehicles so as not to offend your Turkish companions.

Moving along the hierarchy of needs, the training encompasses safety, social, esteem and self-actualization from a Turkish perspective.

How do you train people to “thrive” in the Turkish work culture?

Only by striking a delicate balance between accommodating cultural styles and beliefs, and being an instrument for change in a culturally sensitive way can foreign executives and managers thrive. It’s not enough to understand the culture. The key to success is fostering improved performance and productivity in an appealing way. An example of this is incorporating the Turks’ love of play and competition … while accommodating the Turkish hierarchy and reluctance to voice opinions in the presence of superiors. This can be achieved through anonymous group activities to spur ideas or solve problems.

If a foreigner is in a top executive position, s/he should especially bear in mind that honor is the top cultural value. “Saving face” is the most important thing to do for oneself and others. Therefore, a top leader should not try to be a “buddy” with the team members and do things for him or herself, such as carrying boxes or packages or replacing the water container in the water cooler, but let people do things for him or her. Conversely, the foreign leader should never reprimand a subordinate in the presence of others.

“Individual commitment to a group effort — that is what makes a team work, a company work, a society work, a civilization work.” — Vince Lombardi

Previous Foreigners leave Turkey amid new residence law
Next Cihangir, Istanbul is one of the five best places to live in the world according to the Guardian