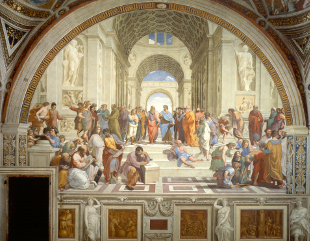 Let us introduce you to the Seven Sages of the Golden Age. Each week one Sage will give us lessons on business world and life at large. This week’s sage is Thales of Miletus from the 6th century BCE.

6th century BCE was the first enlightenment period for the mankind, that’s why most historians refer to this period as ‘the Golden Age.’ 6th century was indeed an era full of geniuses, philosophers, scientists who worked in different disciplines towards knowledge. In India Siddharta Gautama Buddha established the seeds of Buddhism by sharing his own spiritual journey and revolted against the rigid cast system of Hinduism. Then Buddhism grew in influence in the centuries to follow all around east and southeast Asia. In the same period, another guru Mahavira, started a spiritual movement, Jainism, based on non-violence doctrine. Confucius, another contemporary of the 6th century, shaped the foundation of the modern Chinese culture, education, governance and life style.

Meanwhile, in Anatolia, the cradle of civilization, the Golden Age was dominated by the Seven Sages: Thales of Miletus, Bias of Priene, Pittacus of Lesbos, Cleobulus of Lindos, Solon of Athens, Chilon of Sparta, Periander of Corinth.
These philosophers’ ideas remained relevant even in today’s modern society and give guidance on business and personal affairs.

The seven sages of the Golden Age had universal values such as meditating over the truth, wisdom and prosperity of all mankind, defending and sharing those values with their surroundings. Under no circumstences, they gave up their beliefs and thoughts.
In the complex world of today, we tend to forget the basic principles and become estranged from our own being. It is relieving to travel back in time and listen carefully to the great philosophers when in such state of confusion.
The philosophy book prepared by Cevdet Kılıç starts with an anecdote of Thales in its preface:

Someone asks Thales: ‘In your opinion what is the only continuous thing in the world?’
Thales replies: ‘Hope… since it is the last thing that abandons us.’

‘What about the easiest thing to do?’
Thales says: ‘To give advice.’

The Father of Philosophers Thales

The first sage of the seven, Thales is renowned as the father of philosophers in the pre-Socratic era. You might remember his name from maths classes rather than philosophy. He is the first person who discovered that a diameter divides the circle into two equal pieces. He also proved that the base angles of an isosceles triangle are equal.
Thales was a reformist scientist of his time. He was born around 630 BCE in prosperous Miletus. At early age, he travelled to Babylon and Egypt, where he had the opportunity to work with prominent scientists. His time was the time of believing in Gods without any questioning, all including the air, stars and planets were created and controlled by omnipotent Gods. Thales was NOT one of these scientists. He wasn’t convinced with the explanations and looked deeper into the nature, space and other matters in order to discover the truth. He had a theory of existence: he believed that all living creatures were derived from water. Although his theory was not true, he was brave and smart enough to think of a scientific explanation rather than accepting the Gods’ dogma.

He utilized maths skills for pragmatic purposes. He used a genius method in order to measure the height of the Egyptian pyramids. He measured his own shadow at the time of the day when his shadow was exactly equal to his height. Then, he used the same method to measure the pyramids. In addition, he figured out a technique to measure the distance between ships from the shore.

Thales wanted to prove the ones that say ‘you can just think but can never be successful in real life’ that they were wrong. So, he rented an olive oil factory and worked day and night to make the business profitable. In a very short time, he managed to gain a lot of money. He proved without any doubt that he can also be very successful as a businessman. After he made his point, he decided to give all his earning to the poor and remained a great philosopher.
He proved two things: 1. He was not interested in the worldly passions; and 2. He showed that one who gives all his brain, attention and dedication will succeed in any other field.

Thales successfully applied his theory to practice, his plans to succeed in a business became concrete. Maybe he observed the tradesmen of his time, maybe he learned from their mistakes and successful strategies. Of course, most importantly, he succeeded in an area far from maths, philosophy or astronomy, he managed risk, commercial savvy and client relations in a business and made it commercially successful. This, in sum, means that any smart individual can start from ground 0 and succeed in a completely new field.

One can have a profession and many interests on the side. If one day, he or she decides to do something else, this decision should be encouraged with a solid plan. As human beings, we are very complex and we are in need of fulfilling different sides of our brain with professional, artistic and intellectual means. We just need to have something extra: courage.
There will always be what ifs along the way – what if nothing goes well, what if I lose everything , what if this is not what I wanted. Even if everything goes wrong, you lose everything and you end up being in an area that you don’t like, still at the end of the day, you’ll have the experience. Try it!!! 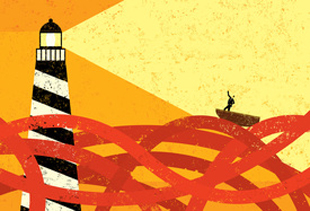 In collaboration with Bilgi Eğitim, Datassist will conduct its 27th training programme in human resources …