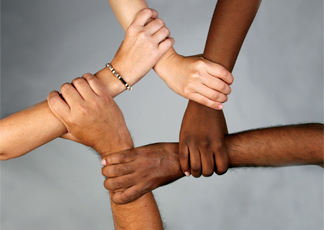 Excuse me a sec, I need to unwrap myself from around the gender diversity axle. Oof, ouch, @&#!. Okay, there we go.

I am a bit confused, befuddled, and wound up about gender diversity in the workplace. Generally speaking, I am in favor of it. But then again, I am in favor of all kinds of diversity – diversity of gender, ethnicity, sexual orientation, cookie preference, food intolerances, approaches to cleaning the kitchen and even diversity of biases and prejudices (because, let’s be honest with ourselves, ALL of us have biases and prejudices).

With regard to the gender diversity thing, I do see “evidence” of a lack of it: fewer female executives at my own company (and those that do exist tend to be in the more predictable roles…), articles about the dearth of women on corporate boards and in C-suites, etc. And I also see colleagues reacting differently to a behavior when demonstrated by a female than do when the same behavior is demonstrated by a male.

Being completely honest and transparent, at times I will react differently to a behavior demonstrated by a female than I will to the same behavior being demonstrated by a male. So, before I go ballistic when other people react to or treat women differently in the workplace, I have to self-examine first: why do I react / respond differently to males and females? And is the gender thing really what I am reacting to?

I work with very smart, enlightened people. In my past jobs, I also have worked with very smart, enlightened people. Smart, enlightened, fairly socially adept people. It is rare that I have encountered flat out, openly explicit, intentional gender bias. Oh sure, I’ve been called darlin’, cutie, sweetie, babe, etc., mostly in humor, and that’s fine. When I’ve been unsure of the intent behind it, I’ve often just asked, “um, what do you intend by using that word?” It’s usually enough to make others think about what they mean versus how it comes across.

Much has been written on gender diversity in the workplace, on corporate boards and in the C-suite. Generally, the literature indicates three things:
1) There is positive impact on company performance of gender diversity in top management positions
2) While gender diversity ideas are widely discussed and the values often shared, we still don’t see enough females in leadership positions and in “key” business functions in companies.
3) The obstacles to women achieving greater numbers in corporate leadership positions are both situational (e.g., inherent to workplace) and behavioral (e.g., human beings – male and female – inhibiting the progress of females by doing, saying, thinking inhibiting things).

With regard to the situational and the behavioral aspects, I would argue there is value in assessing intent versus impact here. My strong belief (grown out of many years of leadership boot camps and organizational psychology training) is that behavior is a result of a person (e.g., upbringing, genetic behavioral markers, education, experiences, traits, values, etc.) and a situation (e.g., work meeting, etc.) coming together to create a perfect, or more often, an imperfect, storm.

Most people I’ve encountered do not intend to say or do something that inhibits the professional progress of women. That includes any woman themselves. Often, though, an individual is not aware that their intent has not worked its way to the impact that the behavior ultimately has had on others. There was an article recently in by Kip Kelly in Talent Management magazine highlighting that today, there is a huge perception gap between men and women on the progress of women in the workplace. Generally, men have a rosier perception of the professional progress of women in the workplace than women do. In addition, executives have a rosier perception of, and are more optimistic about, women’s professional opportunities than lower level managers do. What all this tells me is that there is a lot of good intent out there with regard to increasing gender diversity. The impact is not being felt by those targeted by the intent.

“What we have he-ah is a faili-ah to-a communicate”.
What do we want the impact of gender diversity programs to be? What do we want women and men to think, feel, say and do differently? If we’re talking about behavior change, we have to get at both the situations (i.e., workplace characteristics) and people (e.g., values, traits, motivations) that produce the behaviors. That means we have to get at understanding both of those things better. That means we have to (GASP) communicate better with each other about our intentions and the impacts that we experience. And we have to do it in ways that don’t assume gender bias (or any other kind of bias). If we assume lack of awareness (rather than bad intentions), and then make it our missions to help each other be more aware, that would help tremendously.