The Complementary Pension System (TES) has been a topic of interest for millions of employees and employers. Implemented within the severance pay fund, TES will introduce a series of innovations.

TES is an additional pension system that aims at preventing the fall in the living standards due to the loss of income during retirement. With the introduction of TES, pensions are aimed to be higher than normal.

TES will take into effect as of January 1, 2022. With the application, 30 days (19 days of severance pay) will be secured by the employer. In other words, for an employee entitled to severance pay, the calculation will be based on 19 days instead of 30. The remaining 11 days will be covered by  the Severance Pay Fund.

Can Employees Withdraw Money from the Fund?

In some special cases, money may be partially withdrawn from the fund.

10% of the total amount of the fund can be withdrawn when marrying (once only), in the first purchase of a house, in case of unemployment (once only) and severe illness. In the event that more than one of the conditions above occur at the same time, collective withdrawal can be made – not to exceed 20 percent of the fund accumulated.

When the employee reaches the age of 60, he will be able to collect up to 25% of his savings collectively. The remaining will be given as a monthly pension.

What are the Exceptions to Qualify for TES?

TES applies for private sector employees only. It does not include employees in public institutions. In addition, self-employed persons, tradesmen and craftsmen, company partners are also among those who do not qualify for TES.

Severance pay is a compensation given to workers, who have completed one year in the same workplace, when terminating the employment contract. Severance pay is calculated as a monthly gross wage for each full year worked. There are certain criteria to qualify for severance pay. The terms of entitlement to severance pay, which has also found its place in the Labor Law, are clearly stated in the relevant articles of the Labor Law No. 4857 and the 14th article in force of the Law No. 1475. You can find the relevant law in Turkish here.

Will Severance Pay Burn in the New Term? 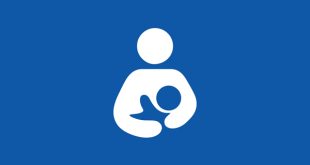