Is the Employer Obligated to Give Raise to All Employees?

Gaining money is the common denominator for the employer and the employee. The employer puts his capital into the company and aims to make a profit and the worker works to earn a wage. As a result, one of the most sensitive topics in the employee-employer relationship is wages. Wages rise and fall according to the supply and demand of labor in the market.The wage of the employee is not determined only when signing the employment contract, but wage increases are made over time. Is the employer required to give a raise to all the employees?

The employment relationship is basically determined by the Labor Law No. 4857 and the accompanying regulations and legislations. The employer’s obligation to pay wages to the employees, how and in what form these wages must be paid are clearly disclosed in the legislation. However, there is no legal provision regarding the increase in wages.

The only wage the employer is obliged to increase is the minimum wage which must be revised periodically based on the amount determined by the state. For other wages above the minimum wage, there is no obligation to raise as long as they are not below the minimum wage. Unfortunately, there is no regulation in the law regarding the melting of wages against inflation.

In this regard, we can only mention a Supreme Court decision emphasizing that “the employer’s absence of an obligation to raise does not mean that it does not have an obligation to revise wages at the rate of inflation”. (22nd Civil Chamber of the Supreme Court, Article No. 2017/5909, 2017/5823 K.) In this decision, the employer is not obliged to give a raise to the employee regularly, but taking into account the changing value of money due to inflation, in order to protect the conditions determined when the employment contract was established, it is stated that the wages should be kept up to date according to inflation. Keeping the wage updated according to the inflation should not be seen as the same as a raise in wages. With the preservation of the same value of the wage, the purchasing power of the worker will only remain at the same level as the purchasing power in the beginning of the employment contract.

Underpayment of The Wage

Avoidance of Fulfilling the Obligation to Work

The worker whose wage has not been paid even though 20 days have passed since the payment date (except in case of non-payment due to force majeure), may refrain from fulfilling his obligation to work. In such a case, the employer cannot dismiss the worker for the same reason, and cannot have someone else do the work.

Termination of the Employment Contract by Receiving the Right of Compensation

The most important factor limiting the unilateral will of the employer regarding the raise is the Principle of Equal Treatment as per Article 5 of the Labor Law No. 4857. The employer, who can take action on the raise on his own initiative, must ensure the equality of rights in the workplace in this regard. Different raise ratios may be determined based on measurable performances of the employees. However, these ratios must be based on valid reasons and must be measurable. If the employer gives a raise to one of the two workers who are under the same conditions, but does not apply a raise to the other worker without any valid reason, this means “discrimination” and contradicts the principle of equal treatment. In such a case, when the employee brings the matter to the court, it will be deemed unfair if the employer does not have evidence to prove his reasons.

Again, in accordance with the same “principle of equal treatment”, the wages of one worker cannot be kept lower than the other, and a lower raise cannot be applied, based on reasons such as the employee’s being pregnant, being a woman, having a fixed-term employment contract, religion, language, and race.

Previous e-Notification Obligation to Employers
Next How is the Cost of Private Health Insurance to the Employer Calculated? 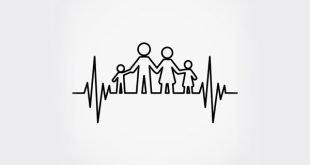 How is the Cost of Private Health Insurance to the Employer Calculated?