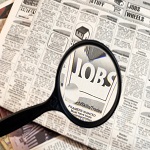 This file photo shows a group of people inside a vocational training school in the eastern province of Gaziantep.
Turkey’s unemployment rate fell to 9.1 percent in the three months to November, from 11.2 percent in the same period in 2010, official data showed on Monday.

Turkey’s economy has staged a spectacular recovery from the global crisis, growing 8.9 percent in 2010 and 9.6 percent in the first nine months of 2011.

In October, the Government forecast however that growth in 2012 would slow to 4.0 percent owing to the eurozone crisis.

Unemployment remains a major challenge in a country where many young people swell the workforce each year, and a declining farming sector is driving unqualified laborers to urban areas.

Turkey’s jobless rate is determined through household surveys across the country which are then used to make a nationwide three-month projection.

Experts say the figures do not reflect the overall picture because of widespread undeclared or hidden unemployment, or the employment of educated, qualified people in menial jobs.

Previous If the work halts due to severe winter conditions, is it legal to request compensation work?
Next What’s Your Company’s HR Temperature?