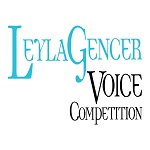 The new stars of the opera world will rise once more in the Istanbul skies at the 7th Leyla Gencer Voice Competition.

The Leyla Gencer Voice Competition organised by the Istanbul Foundation for Culture and Arts (İKSV) together with Accademia del Teatro alla Scala and sponsored by Doğuş Group and Garanti Bank will be held on 15-20 September 2012, with the contributions of Borusan Holding.

The competition’s preliminary auditions will be held in Berlin, Istanbul, London, Madrid, Milano and Vienna, in April and May 2012. The finals are then to be held in September 2012, in Istanbul.

The Leyla Gencer Voice Competition is organised biennially by the Istanbul Foundation for Culture and Arts together with Accademia del Teatro alla Scala. Dedicated to the honourable memory of “La Diva Turca” Leyla Gencer, and held under her patronage before she passed away in 2008, the competition has earned worldwide reputation fast and sound.

In its 7th edition, the Leyla Gencer Voice Competition is honoured to have Mirella Freni to preside the jury, which accommodates some of the most influential figures from different fields in the profession. The competition distinguishes also for its winners of the previous years who have all subsequently launched on truly international careers – including some of the true stars of our day such as Pretty Yende, Pervin Çakar, Nino Machaidze, Anita Rachvelishvili, Marcello Alvarez and Nikola Mijailovic.

The preliminary auditions for the 7th Leyla Gencer Voice Competition will start at the end of April and will continue into May. This edition welcomes London, Madrid and Vienna as new centres, along with the well-established centres of Berlin, Istanbul and Milano. The schedule is as follows:

The competition will culminate in the final series in Istanbul on 15-20 September 2012. Following the quarter-finals on the 16th and 17th, the semi final on the 18th will be a public event at Cemal Reşit Rey Concert Hall. The 8 finalists to be designated here will then compete in the final, which will be a grand public event at Hagia Eirene with the Borusan Istanbul Philharmonic Orchestra on stage to accompany the singers on 20 September 2012.

Sponsored by Doğuş Group and Garanti Bank with the contributions of Borusan Holding, the 7th Leyla Gencer Voice Competition will bestow the following prizes upon the winners: €12,500 for the 1st prize, €7,500 for the 2nd prize, and €3,500 for the 3rd prize. As a new award in this edition, Accademia del Teatro alla Scala grants a three-month scholarship to one of the finalists. Furthermore, the competition as always offers the striking young talents opportunities for new engagements on international stages.

The applicants need to submit their documents to the Istanbul Foundation for Culture and Arts (İKSV) by 5pm on Monday, 16 April.

The Competition is open to all voice categories for singers between the ages of 18 and 32 (born after 20 September 1980).

Please visit the website www.leylagencer.org for full terms and conditions, as well as for more detailed information on the competition.