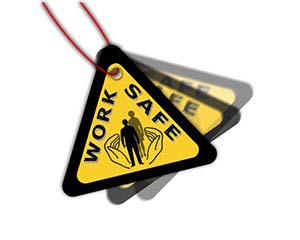 At least 68 workers died in Turkey from accidents on site in the month of January, according to a recent report by the Workers’ Health and Workplace Safety Council.
The majority of the deaths occurred in mining and construction sites, with 16 deaths in mining sites and 15 in construction. Eleven of the workers died in Turkey’s Zonguldak, ten in Gaziantep, six in Istanbul and 4 in Izmir, the report showed.

The Workers’ Health and Workplace Safety Council staged a demonstration recently to protest the workers’ deaths, gathering in Bakırköy’s Freedom Square to make their statement heard. Zonguldak Miners’ Union head Eyüp Alabaş also joined the protest.
The group condemned unsafe work environments, drawing attention to the recent deaths of eight miners in Zonguldak in a mining accident on Jan. 7, and eight factory workers who died in a fire in Gaziantep on Jan. 30. The factory, the report stated, had been inspected twice in 2011, and was fined due to unsafe conditions but was allowed to continue operating nevertheless.

Illegal immigrants should also be prevented from working at sites and all workers’ should be registered to ensure safety, the report said.
The group called on government officials to force companies to comply with tighter measures that may contribute to saving the lives of workers on site.

Previous Are You Planning To Work Abroad? You Might Need An Interculturalist
Next Best HR Execs Gladly Divorce Their Teams