The recent natural disasters in Turkey have not only damaged the environment and the community but also the businesses in the affected regions. It has been announced that workplaces will be facilitated by tax and SGK payments in the media and through the official channels of the government institutions. In our article, we will cover the arrangements planned for disaster areas as of August 9th.

Arrangements To Be Made by the Social Security Institution (SSI)

Due to the flood disaster in the Black Sea region, the payment date of the premium debts of the workplaces was changed. In the flood-affected districts of Artvin, Rize and Düzce provinces, the deadline for overdue premium debts and premium debts for the months (June to November 2021) has been postponed until 31.01.2022.

Due to the wildfires, certain regions of Antalya, Mersin, Muğla, Adana and Osmaniye provinces have been declared as disaster areas. The President’s office announced a regulation regarding the postponement of premium payments for employers affected by the wildfire. According to this statement, tradesmen and agricultural loan payments will be postponed. Businesses in the region will also be able to cover their losses by using KOSGEB Emergency Support Loan and Interest-Free Tradesman Loan.

Official announcements will soon be made on the details on the above-mentioned SSI premium deferral for fire zones by the relevant Ministry.

Arrangements To Be Made by the Ministry of Treasury and Finance

The Ministry of Treasury and Finance published an announcement regarding the regions of the wildfire, and declared some districts in the scope of force majeure. The date on which force majeure is valid has been determined as the period from the start of the wildfire to November 1, 2021 (including this date).

Within the scope and the date range of force majeure;

The second provisional tax return for 2021, which must be submitted during the period determined within the scope of force majeure, will not be submitted.

Tax debts of taxpayers in places evaluated within the scope of force majeure can be paid in installments up to 24 months without interest. Employers meeting these conditions must apply by the end of Thursday, December 16, 2021. 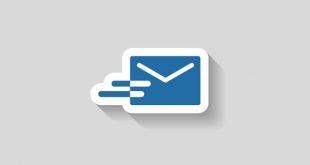 The methods of notifying government agencies are going online. The Social Security Institution (SGK) is …