The most important measures the Turkish government took in order to minimize the negative effects of the pandemic for the worker and the employer was the work termination ban and the short work practice. These provisional laws were initially in effect for a period of 3 months, but have been extended and continued until today as there was no improvement on the pandemic. Finally, the process was extended to the end of the year with the decision of the President on 27 October.

In March-April-May, when the short work practice was first implemented, workers of workplaces that reduced working hours or stopped their activities altogether, were given the right to receive short-time work allowance on days they didn’t work. Following the 1-month and 2-month extensions, it was decided to implement short work until the end of the year, by the President’s Decree dated 26.10.2020 and numbered 3134, published in the Official Gazette on October 27, 2020. This is valid for workplaces that applied for short work until 30 June 2020 due to the compelling reason caused by Covid-19.

Termination Ban and Unpaid Leave due to Pandemic

With this decision, the work termination ban, unpaid leave and cash wage support will continue along with the short work practice.

The work termination prohibition application restricting the employer’s authority to terminate the employment was added to the Labor Law numbered 4857 as Temporary Article 10 on 16.04.2020. This article also authorized the employer to unilaterally take the employee on unpaid leave. The worker who was assigned to unpaid leave due to the pandemic receives a daily cash wage of 39.24 TL.

With the President’s Decree No. 3135 published in the Official Gazette on October 27, 2020, the termination ban and unpaid leave, included in the temporary article 10 of the Labor Law No. 4857, was extended for 2 more months.

With this decision, the deadline for the termination ban and pandemic unpaid leave application is set as January 17, 2021. 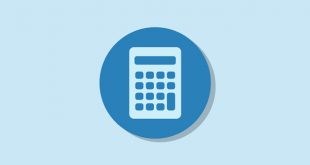