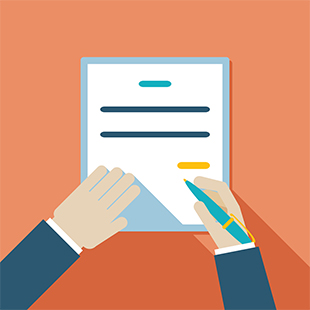 The government’s omnibus bill with the effect date of 1st January 2016 has got through the parliament and the Provisional Article 68, that sets forth the procedures and conditions of benefiting from the fixed monthly 100.00 TL premium refund for employers has been appended to Social Security and General Health Insurance Law No 5510, and is expected to be issued in Official Journal in a short time.

Employers will be receiving daily 3,33 TLpremium refund throughout 2016for each worker whose wage (earnings subject to premium) werenotified under daily gross 85 TL (monthly gross 2.550.00 TL) in 2015, and for each personnel employed in new enterprises established/registered within 2016.

SCOPE OF THE INCENTIVE

For the employers who employs insured that subject to long term insurance branches,the following amounts, after multiplied by 3,33 TL, will be deducted from employers’ SSI premiums due in the current month and will be covered by the Treasury throughout 2016;

In the event of Monthly Premium and Service Document belong to same month of 2015 had not been submitted, following first month’s document will be taken as a base.

For the workplaces registered (taken into scope of Law No. 5510) before 2015 but not employed any personnel within 2015, the same support will be applied as the ones registered in 2016.

The incentives will be valid only for the year 2016.

WHO CANNOT BENEFIT FROM THE INCENTIVES

The amounts covered by Treasury will be collected back with delay fine and default interest from the establishments who are found out to be dealing with fictitious transaction, in order to benefit from incentives; such as closing down an enterprise and opening it under a different name or title or as a business unit; shifting the employees between the establishments with which they have direct or indirect partnership relation in such a way they will be in control of; changing the ownership of a sole proprietorship; or notifying the employees’ earnings subject to premium less than the actual ones for 2016.

And provisions of this article shall not be applied to such establishments.

However, Employers whose administrative fine and delay penalty debts to Institution are suspended and deferred in line with Law on Collection Procedure of Assets No. 6183, will continue to benefit from the incentives.

In lignite and coal mining establishments, where the wage cannot be less than double the minimum wage,”the amounts of insured’s total premium covered days declared in Monthly Premium and Service Documents submitted in the current month of 2016, on condition that not exceeding the %50 of total premium covered days of the insured whose earnings subject to premium were declared below daily 170 TL (85*2) in the Monthly Premium And Service Document corresponding to same month of 2015″ will be taken as a base in the application of above said incentive.

Provisions of above mentioned Provisional Article 68 shall not be applied for the insured whose monthly premium and service documents submitted to Institution (SSI) with delays between the January and December 2016.