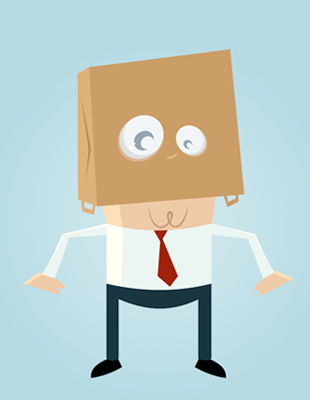 Omnibus Bill No.6770 issued in Official Journal on 27 Jan 2017 has introduced many changes involving minimum wage support, postponements of SSI premium payments, occupational health and safety, restructuring of public receivables, credit amnesty and so on.

MINIMIM WAGE SUPPORT WILL CONTINUE IN 2017

Government’s minimum wage support aimed to reduce the increased employment cost arising from %30 minimum wage hike in 2016, will continue during the 2017, according to omniums bill (colloquially known bag law).

As is known employers have received daily 3,33 premium refund throughout 2016 for each worker whose wage (earnings subject to premium) were notified under daily gross 85 TL (monthly gross 2.550.00 TL) in 2015, and for each personnel employed in new enterprises established/registered within 2016. The support is applied by setting-off the support amount (daily 3,33 TL) from the premium debts of the related month.

It became definite that same arrangement will be applied in 2017; however the amount to be refunded will be determined by Council of Ministers.

Who Cannot Benefit from the Incentives?

The amounts covered by Treasury will be collected back with delay fine and default interest from the establishments who are found out to be dealing with fictitious transaction, in order to benefit from incentives.

No refund will be made for the insured whose monthly premium and service documents submitted to Institution (SSI) with delays between the January and December 2017.

SSI PREMIUMS WILL BE POSTPONED

As an additional support for SMEs (Small and medium Establishments), December 2016, January, February 2017 premium payments of private sector employees who benefit from Treasury’s minimum wage support may be postponed to 2017 October, November and December. These amounts can be used as a credit with no interest.

“For private sector employers who are eligible to benefit from Treasury’s minimum wage support in December 2016, January and February 2017,

No interest will be applied for such payment.”

Automatic calculation and the employer’s choice

The total amount to be paid and the amount that can be postponed will be automatically calculated In the SSI’s related platform and the employer will have the choice to pay whether all of the premium debts or postpone the part of payment of the amount calculated as above.

Please bear in mind that last payment date of December SSI premiums is 31st Jan. 2017, you may postpone this month’s payment of premiums until the end of the October 2017 without paying any interest or late fee. Same will be applicable for Jan. and Feb. payments.

Restructuring of SSI premium receivables, such as insurance premium, group insurance premium, pension deduction and institution’s contribution, unemployment insurance premium, social security support premiums and receivables applied to principles receivables (penalties, default interests and late) has been started in 22 August 2016.
Now with the bag law a new chance is provided for the debtors who couldn’t pay the instalments in time. Persons and establishments may start to pay their debts as of May 2017.
For detailed information please visit our website: http://turkishlaborlaw.com/news/legal-news/416-restructuring-of-ssi-premium-receivables-started

With a previous Bag Law the workplaces with less than 50 personnel and in the scope of less hazard class have already been allowed not to hire occupational safety specialist and workplace doctor until July 1, 2017.

Records of real persons and legal entities, who couldn’t pay their debts (bank credits, checks, protested bills, credits card debts), in The Banks Association of Turkey Risk Center will be deleted provided that they will pay their debts within six months as of entry date of the Law.

Minimum Wage Support Will Continue in 2017

In case the SMEs in the manufacturing sector are united as associates, corporate tax will be applied as 5% for three years starting from the year they are united.