Public Receivables Will Be Restructed In Turkey 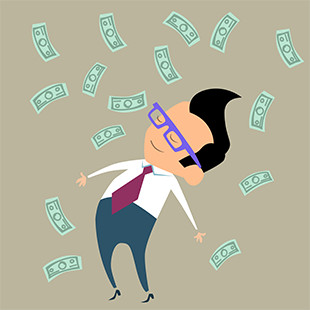 Many of the unpaid debts and administrative penalties, accrued before 30 June 2016, related to taxes and tax penalties, customs duties, and public receivables such as social security premiums, group insurance premium, unemployment premiums, social security support contribution, general health insurance, as well as any kind of subsidiary public receivables such as interest, penalties, late fee or default interests applied to them will be restructured.

According to Government Bill of Law on Restructuring Some Receivables accepted in Parliament 3 August 2016, debtors will only pay the principal debts; and accessory receivables such as delay penalty and default interest related to these principal receivables will not be collected.

Instead of above mentioned accessory receivables, the amount to be calculated on the basis of the monthly change ratio of Domestic Producer Price Index (Domestic PPI) will be paid within the determined time and way.

SCOPE OF THE LAW

Last application date is 31 October 2016; the applications after this date will not be accepted.

Debts may be paid bimonthly in 6-9-12-18 equal installments.  First installment will start on November for tax debts, and on December for that of social security premiums. Debtors are allowed to pay late twice, however the first and second payment in November and December must be paid in time, otherwise they will not benefit from the arrangement of this law.

DEBTS TO BE DELETED

Debts to tax offices and SSI which were primarily less than 50.00 TRY before 31 December 2011 will be deleted.

In case the taxpayers increase the declared or non-declared income and corporate tax bases belong to 2011-2012-2013-2014-2015 in the minimum rate and amount specified in law, and provided that paid in stipulated time, there will be no tax audit conducted about, and additional tax assessment for them.

Taxpayers who want to benefit from the provisions of this article should not file lawsuits, should withdraw from the lawsuits already filed and should not apply to legal remedies.

Also the taxpayers undergoing tax audit process will have the opportunity to benefit from restructuring of receivables.

In case the unrecorded assets such as; money, gold, foreign exchange, securities, and ships, yachts or other sea vessels located abroad brought into country by real or legal persons until the 31 December 2016, these assets can be disposed of freely. They may be included within company assets without taken into account in the calculation of net profit of the company for the period.