Minister of Labor and Social Security Müezzinoğlu revealed the decision of Minimum Wage Fixing Board in a press conference earlier today that Turkey’s monthly net minimum wage is increased from 1.300,00 TRY to 1.404.06 TRY with a monthly 100,00 TRY wage hike.

Traditionally, wage rise is applied differently for the first and second half of the year; however the announced amount will cover all year long as was the case in 2016.

Also, according to draft law discussed in Parliament the minimum wage support of monthly 100,00 TL applied in 2016 will continue in 2017, but the exact support amount is not determined for the time being.

You can find the 2017 “calculation of minimum wage” and “cost of employer” in the tables below. 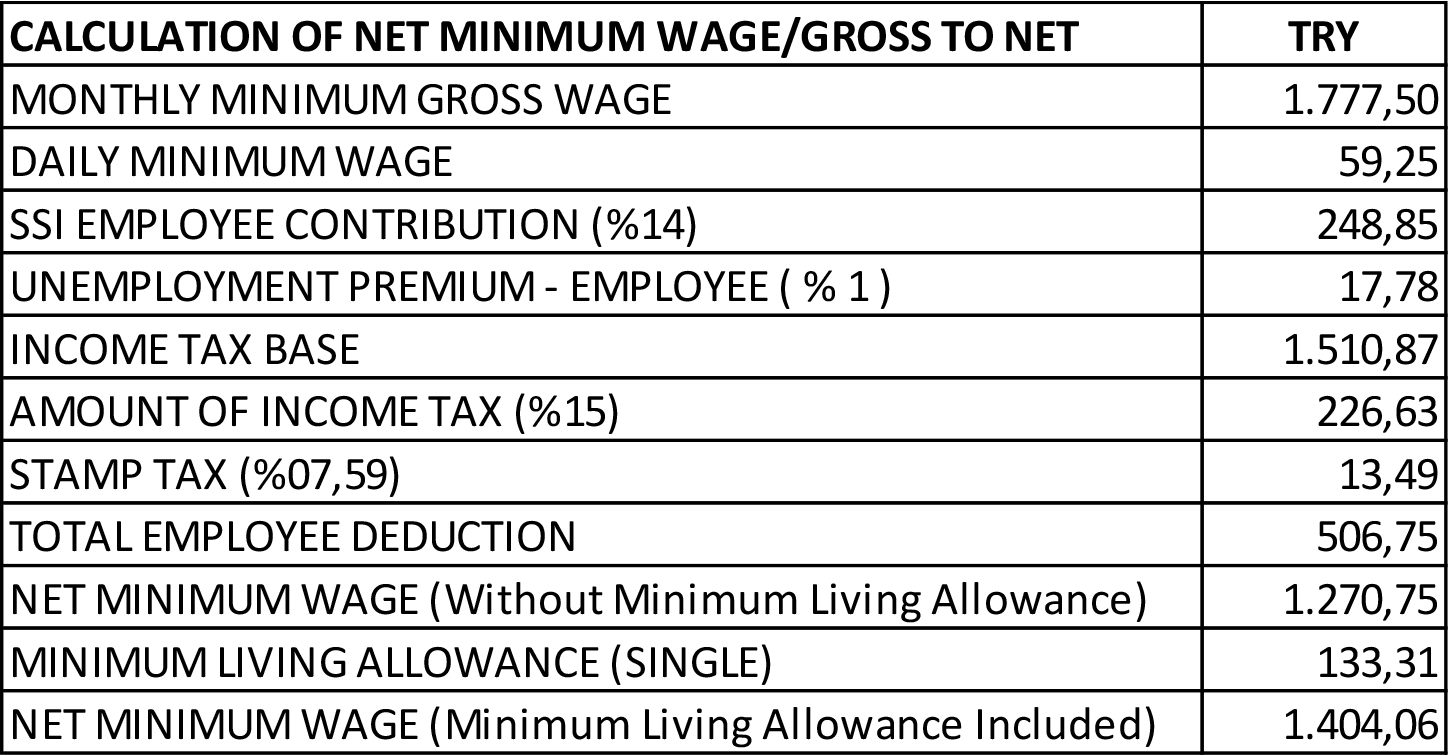 *In case the minimum wage support is to continue in 2017 as we stated above.