Rightful Terminations – What to Consider for Employees and Employers?

The termination of the employment contract by employers was temporarily banned with the temporary Article 10 of the Labor Law No. 4857 due to the pandemic. The law is still in effect. The only exception to this temporary law is the reasons stated in the second clause of the Article 25 of the Labor Law.

What are these reasons? In which cases can an employer/employee demonstrate just cause to terminate the employment contract? What situations are considered as a violation of the prohibition of termination?

What is a Rightful Termination?

According to the labor law, there can be three ways of terminating the employment contract. The employee may terminate the contract, the employer may terminate it, or the contract may terminate automatically. If the worker terminates, it may be due to special reasons belonging to the worker, it is considered as resignation regardless of the reason. Or, the employment contract may be terminated due to reasons such as marriage, military service and retirement, which are the rights granted to the worker in the law. Inefficiency, non-compliance, closure of the department, and downsizing are considered as “termination for valid reason” by the employer. The validity of these terminations can be determined by the judiciary. These terminations are reported to SGK as “04-The termination of the employer without giving a just cause”.

What are the Grounds for Rightful Termination?

The grounds for rightful termination are clearly stated in the Labor Law. In order for a dismissal reason to be considered a “just cause”, it must be associated with one of the reasons listed in the law.

Let’s take a look from the employee and employer perspectives:

EMPLOYEE – Grounds for Termination of Employment with Just Cause

a) If the performance of the work, which is the subject of the employment contract, is dangerous for the health or life of the worker for a reason arising from the nature of the work,

b) If the employer or another worker with whom the worker has direct and/or close contact on a regular basis, falls ill with a contagious or incompatible disease.

II. Situations that do not comply with the rules of morality and goodwill and the like:

a) If the employer misleads the worker by showing incorrect qualifications or conditions, or by giving false information or making untrue statements about one of the essential points of this contract, at the time of the employment contract.

b) If the employer utters words, acts or sexually harasses the worker in a way that harms the honor of the worker or one of his family members.

d) If the worker is sexually harassed in the workplace by another worker or third party and the necessary precautions are not taken despite informing the employer of this situation.

e) If the employee’s wage is not calculated or paid by the employer in accordance with the provisions of the law or the terms of the contract,

f) In cases where it is decided to pay the wage per piece or over the amount of work, and the employer gives the worker less work than he can do, if the wage difference is paid on a time basis and the worker’s deficient wage is not met, or if the working conditions are not applied.

EMPLOYER Grounds for Termination of Employment Contract for Just Cause

b) In case it is determined by the Health Board that the disease in which the worker is diagnosed is incurable and there is a problem in working at the workplace.

Except for the reasons listed in sub-paragraph (a), the employee’s right to terminate the employment contract without notification arises after the specified situations exceed the notification period stated in Article 17, (six weeks according to the working period of the worker at the workplace). In cases of birth and pregnancy, this period starts at the end of the period specified in Article 74. It is important to note that there is no wage for the periods when the worker cannot go to work due to the suspension of the employment contract.

II- Situations that do not comply with the rules of morality and goodwill and the like:

a) At the time of the employment contract, the employee misleads the employer by claiming that s/he does not have the qualifications or conditions required for one of the essential points of this contract, but by false information or statements.

b) If the employee makes words or acts that will harm the honor and honor of the employer or one of their family members, or makes unfounded denunciations and accusations about the employer that are detrimental to honor and dignity.

f) If the employee commits a crime at the workplace, which is punishable by imprisonment for more than seven days and the penalty is not suspended.

g) If the worker does not continue to work for two consecutive working days, or twice in a month, on the working day after any holiday, or for three working days in a month, without obtaining permission from the employer or without a just cause.

h) The worker’s insistence on not performing the duties he is responsible for, despite being reminded.

IV- In case the worker is detained or arrested, the absence exceeds the notification period in Article 17.

When the employee or employer terminates with a just cause for reasons that do not comply with morality and goodwill, the date of the event that caused the termination and the date when the event was discovered/notified by the authorized unit are very important.

What are the Worker’s Rights in Rightful Termination?

In the event that the worker terminates the employment contract for just cause, s/he is entitled to severance pay, provided that he has at least 1 year of seniority. Even if it is the worker who terminates the contract, he gets the right to severance pay because his justification is based on one of the justified reasons stated in Article 24 of the Labor Law. However, there is no notice period for this termination. The employee may terminate immediately. Therefore, there will be no notice compensation.

In the termination of the employer for just cause, the compensation rights of the worker vary according to the titles of justification specified in Article 25. Employer contract II. If the employee is terminated due to the reasons under the heading “Conditions that do not comply with moral and goodwill rules and the like” in the paragraph, the employee does not pay severance pay. However, in terminations made for reasons other than this subparagraph (I. – III. – IV.), the  employee must be paid severance pay. There is no notice period or notice indemnity as the rightful terminations take place “immediately”.

Previous Can the Side Benefits Be Eliminated during the Pandemic?
Next Extended VAT Discount for Food Allowance 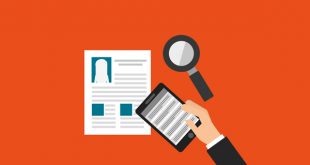 After the fire disaster, it was announced through the media that an arrangement would be …