Cases Not Included in Seniority Period

In case of losing their jobs, employees are entitled to severance pay in return for their labor within the time spent in the institution. Severance pay is aimed at supporting employees’ livelihood during the period they seek for new jobs. Annual leave is another right given to the employee to rest during the year.

Cases Not Included in Severance and Leave Calculations

When calculating severance and annual leave periods, the basis is whether the employee fulfills the performance of work, which is the most basic responsibility of the employee towards the employer.

The Labor Law no 4857 states that unpaid leave can be used as a result of the joint decision of the worker and the employer. However, it was announced as an economic measure that the employer could temporarily put the employee on unpaid leave for the purpose of protecting employment during the epidemic period. In this case, the time spent on unpaid leave will not be taken into account while determining the seniority period.

If you’d like to find out how much your severance pay is, or calculate your net income from gross income and vice versa, click here.

There are some cases where employees do not actually work but are processed as if they work; therefore, included in the seniority period. This issue, which is regulated by Article 55 of the Labor Law No. 4857, is of great importance for those working in compensation and annual leave entitlements.

What About the Time in the Short Work Allowance?

The short term work allowance, which provides more income for employees compared to the cash wage support, is a compulsory working order implemented during a time of crisis. Therefore, without exception, the period of seniority will continue to be counted during the short term work period. 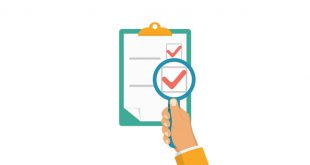