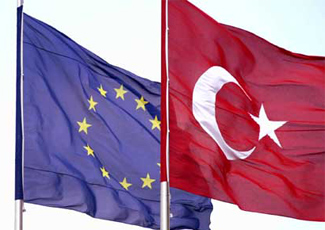 Turkey’s decades-long quest for membership into the European Union has been the impetus of many rapid and “modernizing” changes throughout this ancient country, pushing it ever closer to its European neighbors relative to its laws, economy and politics. This transformation, in reality nearly a century in the making since the founding of modern Turkey in 1923, has accelerated in the two decades since Turkey applied for membership in the European Union (EU) in 1987.

Turkey’s transition into a European-style state has been especially acute since it was granted official candidate status for membership into the EU in 1999. Since the marking of its official candidacy, Turkey has undertaken the serious task of “harmonizing” its legal framework with EU member states, including revising its labor and employment laws. Some of the main changes to Turkey’s labor and employment laws occurred in the years immediately prior to 2005, the year when negotiations officially began for Turkey’s full accession into the EU. During the time period, Turkey enacted a variety of changes to its labor and employment laws, not the least of which was Turkey’s Labor Act No. 4857 (the “Labor Act”).

In 2003, Turkey adopted the Labor Act, which was designed to align the rights of Turkish workers with their counterparts in EU member states. The Labor Act was expansive and comprehensive in its reach. It established many benefits for employees including:

– A 45-hour work week
– Protection against discrimination based upon sex, religion, gender and/or political affiliation
– Protection against disparate treatment between that of permanent and temporary workers
– Termination of employment only for “valid cause”
– Entitlement to employees terminated without valid cause to both severance pay at the time of their termination in addition to “notice” pay for failure to provide adequate notice to the employee
– Employment arrangements for a year or more in duration having to be expressed in a written contract between the employer and employee

The Labor Act was enacted by Turkey during a period when both Turkey’s public and politicians were very much in favor of the prospect of EU membership. However, in a relatively short amount of time thereafter, Turkey’s ruling political party as well as the Turkish public as a whole have cooled somewhat on the idea of EU membership due to a variety of factors, including: political changes, Turkey’s strong economic growth and its increasing influence in world and regional affairs. At the very least, collectively the Turkish people and its leadership have paused to contemplate whether EU membership is necessary for Turkey’s economic and geopolitical success, especially in light of the fiscal crises now enveloping the EU.

What has emerged from Turkey’s current collective mindset is a dynamic in which Turkey has continued its harmonization with EU employment and labor laws, albeit keeping in mind its own interests, even when these interests may not align with those of the EU. For example, while Turkey passed referendums in 2010 amending its constitution to lift restrictions on strikes, lockouts and union membership for Turkish workers, it also, just this year, despite strong EU opposition, passed a law prohibiting strikes by workers in its aviation industry (this law was subsequently withdrawn due to both external and internal pressure against the ban).

As Turkey seems both poised and willing to play a larger rule in regional and world affairs, independent of its potential membership with the EU, it is difficult to foresee what future changes Turkey will feel it is required to make regarding its labor and employment laws, especially if its economy remains relatively robust compared to many EU member states. However, it appears certain that more changes to Turkey’s labor and employment laws are on their way. The main question is whether the new laws will closely follow the prescriptions of the EU, or whether they will be more distinctly tailored to the needs of Turkey and its rapidly evolving economy and society.

The content of this article is intended to provide a general guide to the subject matter. Specialist advice should be sought about your specific circumstances.

Previous Next Best Thing to Fortune Telling: Astrology
Next Europe’s 10 Hottest Destinations For 2013